With a population of almost 26,81,449, Tumkur is the fourth largest district in the state of Karnataka with its headquarters in Tumkur City. Surrounded by immense scenic beauty and mountainous regions, Tumkur has many places around the city for amazing weekend getaways. Whether you are on a religious pilgrimage or just looking for an adventure, Tumkur has plenty of places to visit around it that you can visit in a day or go away for a perfect weekend. 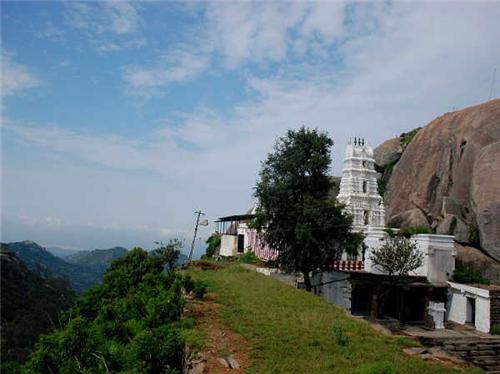 Devarayana Durga is a small hill station about 15 kms from Tumkur City and is perfect for both pilgrims and adventurous trekkers. Devarayana Durga is divided into three elevations with seven gates leading to the top. At the highest point of the hills, situated are many important temples such as Yoganarasimha temple and Bhoganarasimha temple along with immense green forests that surrounds the entire hill station.

At the middle level, there is a beautiful Travelers Bungalow, which is perfect for a small vacation. Many trekkers also use this bungalow as a rest point when climbing upwards. Moreover, the tourists can also enjoy the vast range of rare bird species found over here. Devarayana Durga is a perfect weekend getaway spot with family and also for those who just want to get away from the hectic life of the city. 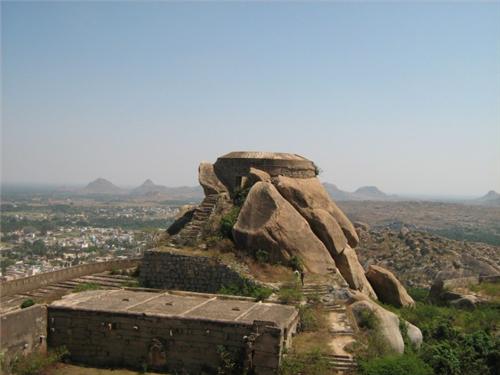 Located about 43 kms north of Tumkur, Madhugiri is a small town with its main attraction as a single block of hill of 3930 feet that is situated right in the center of the town. It is the second largest monolith in entire Asia. Madhugiri town is surrounded by immense lush greenery and is also dotted by many famous temples such as Venkataramanaswami and Malleshwara temples, both built in Dravidian style of architecture. It is also famous for its forts such as the Chennarayana Durga and Madhugiri Fort. Siddara Beta, a popular hill station, is very near to this place and is perfect for a family vacation. 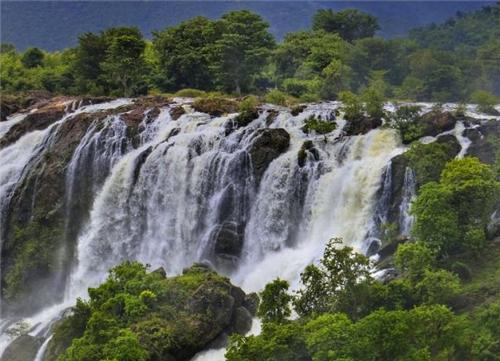 Shivanasamudra Falls are located in Mandhya district of Karnataka, about 143 kms from Tumkur City. It is located on the banks of Kaveri River and is also the first Hydro-Electric Power Stations in Asia that was established in 1902. The waterfalls are segmented as they fall in the cliff and depict pure scenic beauty as they do so. A place also known as trekkers’ paradise, Shivanasamudra Falls is also perfect for weekend getaways with loved ones.

Around 30 kms from Tumkur city, Shivagange is a place that is dedicated to Lord Shiva. At an elevation of more than 1000 feet, Shivagange got its name due to its structure resembling a Shivling with a spring flowing down the hillock called ‘Ganga’. Besides being popular for its religious sentiments, this place is also famous for trekking and rock climbing. There are many rest stops and stalls serving food in between with proper marking making it suitable for beginners as well as experienced trekkers. 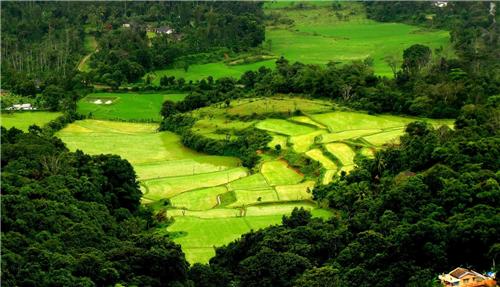 Situated about 243 kms from Tumkur city, Coorg is one of the most scenic and peaceful towns in Karnataka. A famous tourist destination, Coorg has mountains that are covered with immense greenery and gives you a great sense of tranquility and calmness, which makes you never want to leave the town. Other activities like trekking, rock climbing, Paintball and so on are also present in the city, which makes it interesting for the young as well.

Besides the above places, there are other major cities also nearby Tumkur such as Bangalore (70 kms), Hassan (128 kms), Mysore (154 kms) and Mangalore (300 kms) that are great places for shopping, recreational activities, weekend getaways and so on.