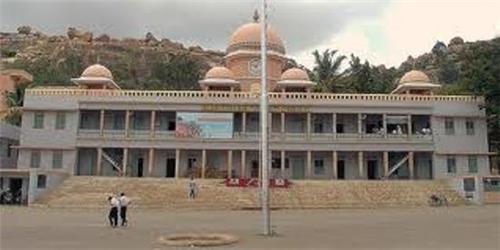 These services were started to increase the efficiency and transparency in the working of the government and also increase the responsiveness towards the citizens.

Some of the services provided by Tumkur One are:

With a number of private and government hospitals such as Adarsha Nursing Home, Akshara Eye foundation, Akshay Hospital, Aruna Hospital, Hitech Kidney Stone Hospital and so on, Tumkur has a great healthcare facility. Similarly Tumkur has an amazing banking service as well. Many famous banks such as State Bank of India, Axis Bank, Punjab National Bank, ING Vysya Bank, Federal Bank, Central Bank of India, IDBI, ICICI, Bank of Baroda and so on have their divisional offices in Tumkur with many facilities like ATM, bank transfers, credit and debit card facilities that are easily available.

With its own university, Tumkur has also been dubbed as the educational hub of Karnataka. Tumkur has 6 engineering colleges, 6 Polytechnics, 2 Medical colleges, 15 ITI’s, and 55 Degree Colleges. Moreover, Tumkur even has its own newspaper Praja Pragathi along with other major English and Kannada dailies. Moving one step further than other small cities, Tumkur even has its own private FM radio channel known as Siddhartha in Kannada language, whose office is located at the SSIT campus in Tumkur.

With such amazing facilities available in the city, Tumkur is bound to become one of the fastest developing tier 2 cities in the state of Karnataka. For help in navigating these facilities around the city, here are the Tumkur Municipal Corporation helpline numbers and Tumkur One office addresses and numbers.

Tumkur One – Location of Service Centers