Tumkur district is an administrative district in Karnataka, with its headquarters in Tumkur City. It is 70 kilometers from the capital city of Karnataka, Bangalore. Also known as the religious city of Karnataka, Tumkur has a number of temples, each narrating divine stories filled with lots of historic essence.

Origin of the name "Tumkur"

Tumkur is derived from the word Tumakuru which itself a derivative of Tummeguru, which is the original name of the city. It has been said that the word Tumakuru is a derived from ‘Tumbe Ooru’ because of the profusion of a type of flower called ‘Tumbe Huuvu’ throughout the town and also because of a famous folk musical instrument belonging to the city called ‘Tamate Ooru’. Another story relating to the name is that since Tumakuru is at an elevation, during the governance of Cholas, the solders used to stand at the hills with an instrument called Tumaki to alert the people in the city of any eminent danger. 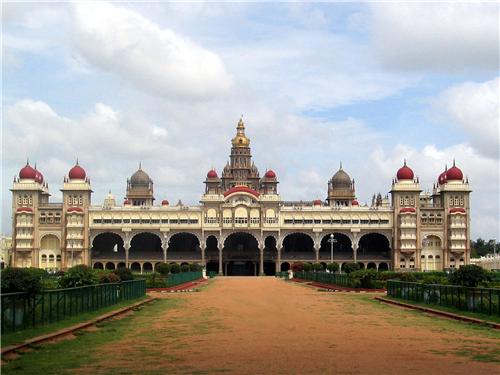 Just a few centuries old, this town owes its history to Kante Arasu, a member of the royal family in Mysore. Even though the town does not have much historic presence, however, it does have a number of enormous antiquarian interests and many great places of historical significance.

Between the 5th and 10th century A.D., a large section of the present Tumkur was a part of the Gangavadi under the rule of the Gangas. Between the 10th and 11th century, the north-eastern part of Tumkur district, then known as Nolambavadi was under the rule of Nolambas. It's capital was at Penjeru or Henjeru, now known as Madakasira Taluk belonging to Andhra Pradesh and also had power over Nidugal in Pavaguda Taluk. During this period, the chief divisions of the country had their revenue values fixed to their names. Therefore, the region under Gangas was called Gangavadi and the region under Nolambas was called Nolambavadi or Nonambavadi. During the 9th century, Nolambadhiraja married Jayabbe who was the younger sister of the king of Gangas Nitimarga and he allocated few villages in the Sira country to his other queens. 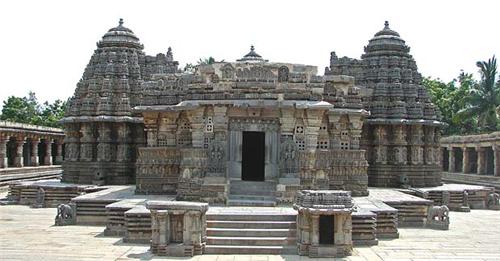 The Hoysalas succeeded the Gangas and had control over approximately the entire area. Their ruling was in two stages: first, Vinayaditya (1047-1100) and Vishnuvardhana (1100-1152) who ruled only over Gangavadi and second, Narasimha 1 (1152-1173), who ruled over both Gangavadi and Nolambavadi.

Onset of Feuds and the Sultans of Mysore

During the 14th century, this area came under the Vijayanagara Kings and under their rule there were many small states such as Hagalvadi, Holavanahalli, Maddagiri and Nidugal, who owed their feudal allegiance to Vijayanagara. After the invasion of the Bijapur army, almost all of the above states descendants were driven out and the entire northern part of Tumkur district came under the rule of Adil Shah. The Mughals later captured this area, Golconda and Bijapur, and they made Sira a separate region that was under the charge of a Subedar or Faujdar. This region consisted of Doddaballapur, Bangalore, Hoskote and Kolar.

During the rule of Maharaja Krishnaraja Wodeyar the third (1811-1831), the entire Mysore state consisted of six subedars of Bangalore, Maddagiri, Ashtagram, Manjarabad, Nagar and Chitaldrug (Chitaldurga). Tumkur district was a part of the Maddagiri subedar. However, in 1834, these 6 subedars were reconstituted into just four subedars or Bangalore, Nagar, Ashatagra, and Chitaldrug. Tumkur and Chitaldrug district belonged to the Chitaldrug subedar or division with its headquarters at Tumkur.

During the British Rule, in 1862, the commissioner Mr. Bowring segregated the state into 8 districts, which were classified into 3 divisions, including the Tumkur District. Each division was headed by a Superintendent, where as each district was put under a Deputy Superintendent. In 1879, when the commission was reshuffled, all of division commissioners were removed and instead there was just one Chief Commissioner for the entire state. Deputy Commissioners headed the districts and Amildars and Assistant Commissioners headed the taluks and sub-divisions respectively.

During 1870 and 1882, the Tumkur district consisted of Tumkur, Sira, Maddigiri, Koratagere, Chikanayakanahalli, Honnavalli, Kunigal and Kadaba. But in 1881-82, Koratagere was split down from 330 villages and attached to Maddagiri with 140 villages. The remaining 190 were added to the rest of the taluks of Sira, Tumkur, Nelamangala, Doddaballapur, Goribidanur taluks.

There were two sub-divisions, 8 taluks and 2 sub-taluks in 1915 and in 1928 and 1938 the sub taluks Koratagere and Turuvekere were converted into taluks respectively. During January 1938, a new sub-division with its headquarters in Tumkur was formed. This was done to reduce the workflow in other sub-divisional offices of the district. The Tumkur sub-division now consisted of Gubbi, Tumkur and Kunigal taluks and the other taluks of Gubbi, that is, Tiptur, Turukevere and Chiknayakanahalli became a part of the Tiptur sub-division.

In November 1956, Mysore state was formed by combining all the Kannada areas of the then Bombay, Hyderabad and Madras States, the Coorg state and the old Mysore due to the States Reorganization Act 1956, the number of districts increased from 10 to 19 and therefore, it was then decided to revive the divisions. The Mysore state was then divided into four divisions including the Bangalore Division, which comprised of Tumkur, Bangalore, Kolar, Chitradurga and Bellary. However, on 1st February 1966, the Bellary district was shifted to the Gulbarga Division and instead the Shimoga District (from Mysore Division) was included in the Bangalore Division.

At present, Tumkur consists of 10 revenue taluks with 11 towns and 2444 villages in the district.