Call it Tumkur, Tumakuru or the Coconut City, this town has everything to offer for everyone. Whether you are on a religious pilgrimage or just looking for an adventure, Tumkur with its various temples with their own historic sites and amazing forts is a great place for exploring India. 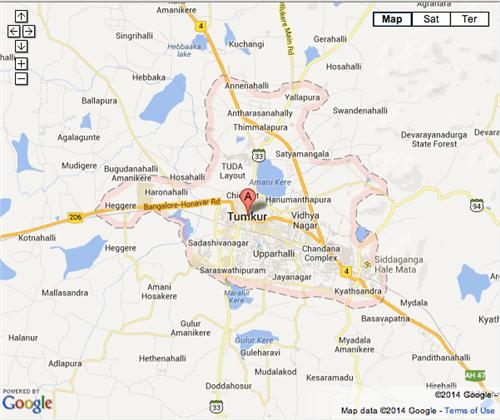 Tumkur is located northwest of Bangalore, about 73 kilometers from the capital city and is at an elevation of 2696 feet or 822 meters. It is a part of the Tumkur district with its ten talukas namely, Tumkur, Sira, Turuvakere, Kunigal, Tiptur, Madhugiri, Koratgere, Chikkanayakanahalli, Gubbi and Pavagada, with its district headquarters in Tumkur City. Each district consists of one or two cities, a small number of towns and numerous villages. The Tumkur District, an area of 10,598 square kilometers, is bounded by Mandhya district from the South side, Chikkamangalore from the north east side, Chitradurga and Hassan district from the west side and Ananthapura (district belonging to Andhra Pradesh) from the southeast side.

The Tumkur District consists of an elevated land crisscrossed by river valleys. A series of hills of almost 4000 feet or 1200 meters intersects the district from north to south forming the divisions between Krishna and Kaveri rivers. Tumkur gets its main water supply from its two main water streams, namely, Jayamangala and the Shimsha, which flow in their full form during the rainy season. The slopes of the hill Devarayanadurga are filled with dense forests. Wildlife such as leopards, wild boar and bears are found here. Moreoever, earlier in the 1950’s there were some sightings of Tigers as well, but now none of the reports have been confirmed yet.

Tumkur is generally warm throughout the year, however the winter months can become as low as 16 degree Celsius. The best time to visit Tumkur would be during winters between the months of October and March, as the weather is quite pleasant during these months and the city looks beautifully washed from the rains.

The summers are very hot in Tumkur and are generally avoided by the tourists. Summer in Tumkur starts in the month of March and lasts till the month of May. The temperature during summer months can go as high as 400C and as low as 310C.

The monsoon season in Tumkur is generally spans between the months of June and September. Tumkur experiences heavy rainfall during monsoon and with average rainfall of 39 inches or 1000 mm.

Winter is the best season to visit Tumkur as the city is quite enjoyable during this time. Winter starts from the month of October and lasts till early March. The temperature during winter is usually between 160 to 300 Celcius.

About 3721956 tonnes of iron ore is mined annually which is found on the hillsides. Limestone is second in quantity with around 333591 tonnes. Quartz lies at the end with around 250 tonnes.

Dams and Canals in Tumkur

Hemavathy Canal Zone in Tumkur was established in 1987 especially for the implementation of Y-alignment canal system and forming exits at Nagamangala Branch, Bagur Navile Tunnel and Tumkur Branch Canal with structures belonging to the Hemavathy Reservoir Project. 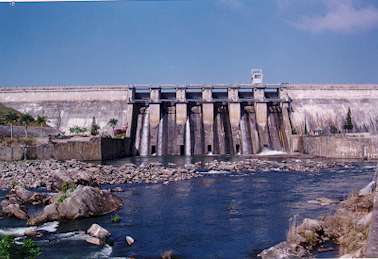