Tumkur is not only limited to being a corporation city of Karnataka, it is also a very popular religious destination in India. With a population of 26,78,980 and a steady growth rate of 3.74%, Tumkur is a city with diverse culture. The current sex ratio of Tumkur is 984 females for every 1000 males with a literacy rate of 75.14%.

Rivers like Krishna and Kaveri flow through the steep slopes of the hills. One can even spot streams such as Shimsha and Jayamala flow through the city. Bounded by such scenic beauty, Tumkur is sure to have an exceptional cultural life and combined with numerous historic temples, each with their own momentous tales, one can find life in this small industrial city very lively.

The official language of Tumkur is Kannada, however, Hindi is also widely spoken. Since Tumkur has its own university and is also the educational hub of Karnataka (after Bangalore), English is also spoken in some parts of the city. 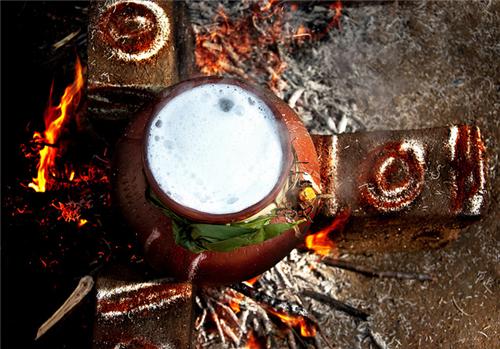 Religion and Festivals of Tumkur

Even though the main religion practiced in this district is Hinduism, being a famous industrial city and a popular religious tourist destination, many people from other religions have made their way into the city. Like other cities in the country, Tumkur has a very lively festival life. All major festivals like Dussehra, Diwali, Holi, Ganesh Chaturthi and so on are celebrated here with a lot of dynamism. However, the main festivals celebrated in this city are Pongal and Ganesh Festival or Chaturthi.

Pongal is the most celebrated festival in Tumkur and rest of the state, that comes around mid-January. Preparations for Pongal start weeks ahead of the festival. A sweet dish made out of rice is made during the festival and is dedicated to God of the Sun or God Surya.

Ganesh Chaturthi or Ganesh Festival comes between the months of August and September. It is one of the most celebrated festivals in not only Tumkur but Karnataka and the neighboring states as well. This festival is dedicated to Lord Ganesh and lots bhajans (religious songs) are sung in his praise. It is a fun festival and is celebrated with a lot of pleasure.

According to a famous legend, the month of Shravana is considered highly auspicious among the locals of Tumkur. The legend narrates that with the arrival of the month of Shravana, Tumkur converts into lush green district. The raindrops convert the red soil into a land filled with abundant foliage. All the forests surrounding the city becomes more dense and thick with greenery. The month of Shravana is manifested with the start of festivals and rain. This month is considered highly propitious among the locals, who celebrate throughout the month with special poojas in the various temples that are crowded with thousands of devotees, loud hymns are sung and all the women get very busy in preparations and dress in bright colors. The month marks the ending of bad luck and the beginning of good luck.

Being an industrial city, Tumkur has some good nightlife and have a range of bars in all the hotels. Therefore, it is a city with best of both worlds for young and the old. With a range of tourists and businessmen coming in the city throughout the year, this multi cuisine and multi ethnic city of Tumkur district has a lot to offer to everyone.